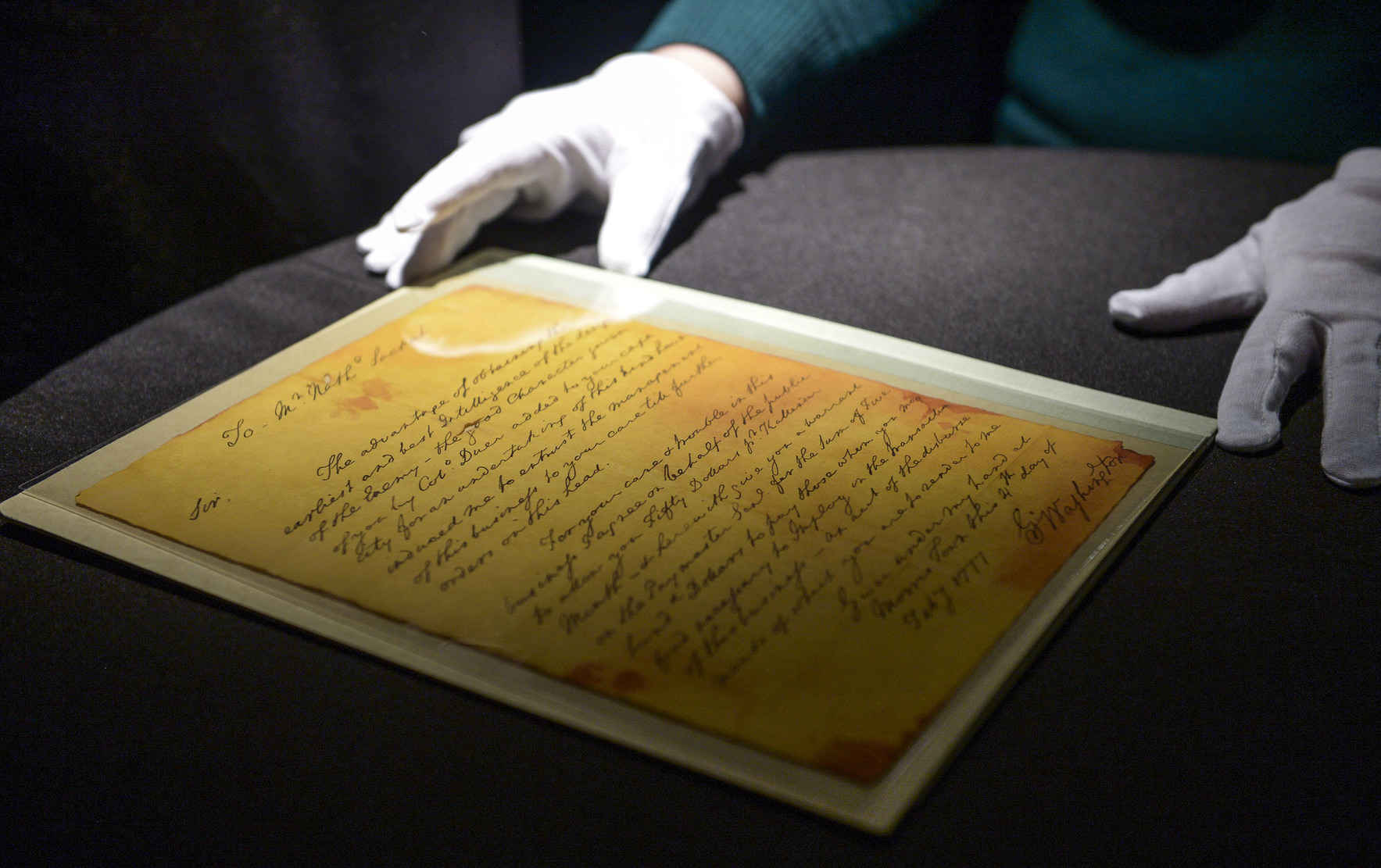 The Father of This Country and America’s First Spymaster

HISTORICAL BACKGROUND
To fight and win our independence, the fledgling United States needed shrewd military leadership, dedicated troops…and a well-organized intelligence service. The Continental Congress had established a commission to search out and apprehend British sympathizers. General George Washington, who relied extensively on military intelligence, enlisted Mr. Nathaniel Sackett, a New Yorker who had proven himself a valuable spy catcher, as his "intelligence director."

In this original letter, written on February 4, 1777 by George Washington engages Sackett to create a spy network, pass along disinformation to British intelligence, and harass the enemy.

Your support enable us to preserve the Washington Letter for future generations to come, allowing us to educate visitors on the role intelligence has played through history.

The mission of the Museum is to educate the public about espionage and intelligence in an engaging way and to provide a context that fosters understanding of their important role in, and impact in, current and historic events.